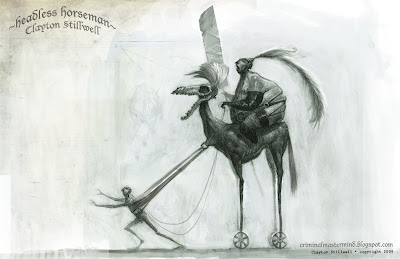 this was a very early version of how i wanted to go with the new vision of the headless horseman. more quirky and stylized and less realistic. the idea was this horseman was riding around headless with no legs, used his slaves to push his taxidermy horse on wheels to find new slaves to replace his decapitated heads. obviously it was hard to show all this in a short film so i took it a different direction. 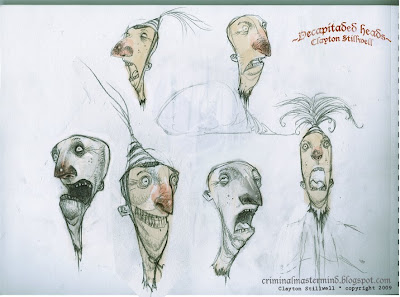 studies for the decapitated heads the horseman could wear 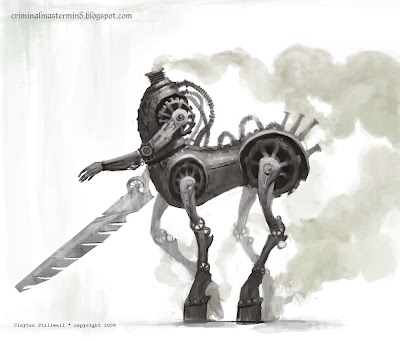 this was the final design we all agreed on, it matched the steampunk style more and gave the appearance that the horseman was a realistic moving locamotive. 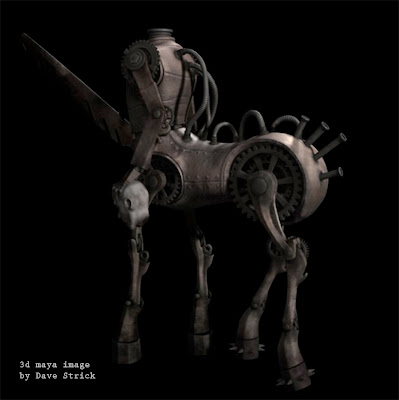 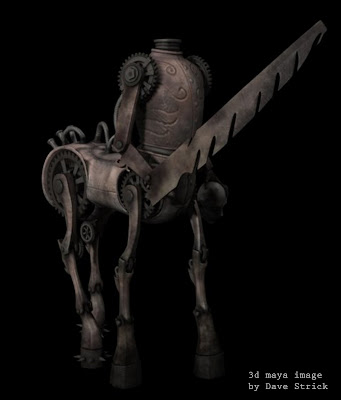 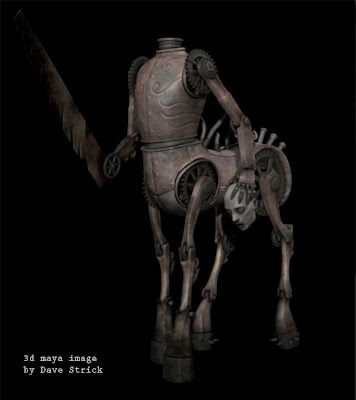 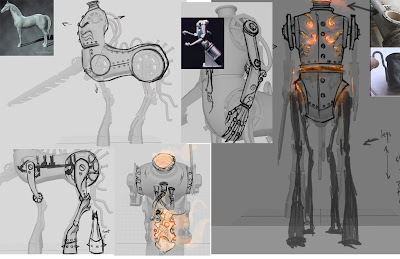 Dave and I did alot of back and forth to get the model to its finish. overall, it turned out pretty damn cool- above are some rendered maya images I drew over for dave to model to, a technique very similar to what I do at Bluesky~ to check out a full turn around of the model go to daves blog http://davestrick.blogspot.com/
Posted by Clayton Stillwell at 9:47 AM

Awesome to see some new work from you on here. Kick ass concept, man - i want to see this thing moving..

The first concept is amazing! final thing is a good alternative, as has been said - great to see some new work.

finally something new. I love your work and I visit a lot.
a wonderful job

thanks for the feedback guys~ i want to see this thing move too! i havent seen the animation, but supposedly it is finished. if i get a quicktime ill post it or put up a link.

This is spectacular! Awesome blog!!!

Sick Clay, good to see you update bro. Is this a short film for Blue Sky??

thanks ptoasty~
los~ its for a short that was being submitted to the steampunk competition, i dont think it ended up getting submitted on time, but it got done...supposedly.

Waow, your so good at it!
I love the second from the top with all of the faces.
(found your blog randomly)

I really dig the Headless Horseman. It would look right at home on my husband's side of the office. He loves that steampunk stuff! Great work, I'll be checking back often to see what else you come up with!